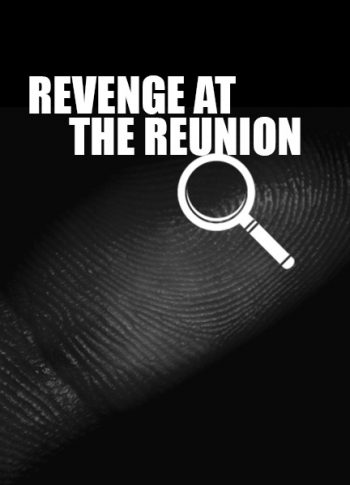 CANCELLED – REVENGE AT THE REUNION, 2020

Note:  Due to COVID19, Our Murder Mystery Fundraiser has been CANCELLED

We hope to reschedule in 2021.  If you hold tickets, please email out box office to discuss ticketing options.

Note:  Due to COVID19, Our Murder Mystery Fundraiser has been CANCELLED

We hope to reschedule in 2021.  If you hold tickets, please email out box office to discuss ticketing options.

Revenge at the Reunion – A Murder Mystery Comedy.

Welcome to Norman Bates Memorial High School’s all-school reunion — a chance when your classmates will reminisce, renew old friendships, start new friendships, show off their spouses, see who got bald…and perhaps even plot to murder their old high school rivals.

But then why would anyone want to murder Bates High’s distinguished alumni? Especially when they include a country/western singer, a first runner-up in the Miss America contest, a Middle Eastern dictator, a presidential candidate, America’s top Elvis impersonator, or TV’s household hints lady.

The possible reasons run the gamut…jealousy, blackmail, ambition, wealth, revenge, and passion. Who knows what secret reasons may lurk in the heart of that strange person that sat two rows over in homeroom?

Perky Spandex – Captain of the cheerleading squad and president of the Pep Club, Perky is today a popular aerobics instructor and Geraldo’s soon-to-be ex-wife.

Dr. Cruella Smugbucket – The opinionated and self-righteous advice columnist for the Bates Blade went on to become the hostess of her own TV show…scheduled opposite her ex-husband Geraldo Springer’s program.

Reggie Van Money – The richest boy at Bates High, Reggie is today the president of the city’s largest savings and loan.

Loretta Wynette – The girl with the most notorious reputation at Bates High, Loretta grew up to be a successful Country/Western singer.

Rev. Ricky Lee Wonderful – Organizer of class projects to help orphans, the homeless and the elderly, Ricky Lee is today a TV evangelist and presidential candidate.

Tony DeGangsta – Biggest hood at Bates High, Tony gave up his life of crime after high school and turned state’s evidence. He is now in the Witness Relocation Program.

Sister Bambi – Beautiful but dumb, Bambi gave up her career as a Hollywood starlet to become a nun.

Priscilla Protezoa – The smartest girl at Bates High, Priscilla is today the director of the Community Sperm Bank.

Desdemona Bronte – Remembered as the school’s strangest girl who also had a fixation on death, Desdemona is mourning the recent death of her fourth husband.

*  Played by cast members from Scene of the Crime Productions, Inc.