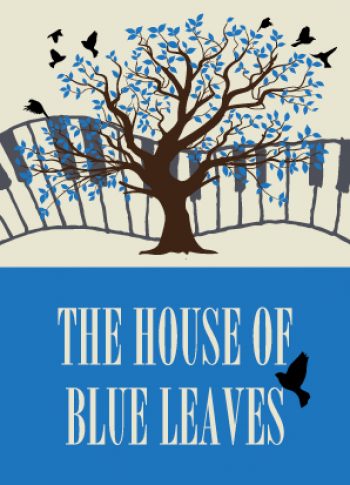 THE HOUSE OF BLUE LEAVES

Thursday – Saturday at 7:30 PM, Sunday at 2 PM
For Mature Audiences only

This heartbreaking and hilarious play follows the story of Artie Shaughnessy, a zookeeper and wannabe Hollywood songwriter. With big dreams and no discernible talent, Shaughnessy hopes the Pope’s blessing will propel him out of Queens, away from his mentally ill wife, Bananas, and into a new life in Los Angeles with his girlfriend, Bunny.

Suggested for mature audiences only