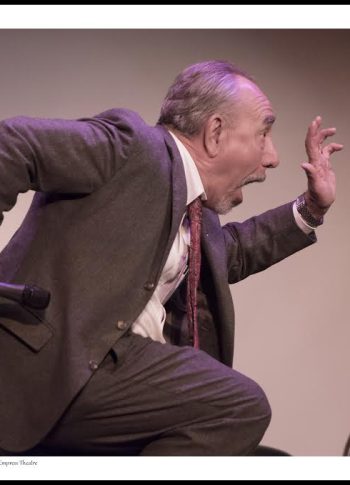 Will Durst returns for two shows after sell-outs last year!

You don’t have to be a baby boomer to enjoy five-time Emmy nominee Will Durst’s new one-man show, “BoomeRaging: From LSD to OMG.” In fact, from the looks of the audiences Durst has been attracting in the long-running show this year in San Francisco, everyone loves to laugh at boomers, even young folk!

A Midwestern baby boomer with a media-induced identity crisis, WILL DURST, according to the New York Times is “quite possibly the best political satirist working in the country today.” This equal opportunity offender is exceptionally adept at swatting both partisan and political pinatas upside their heads.

Reigning as C-SPAN’s favorite comic (8 appearances) Durst is a 5-time Emmy nominee and recipient of 7 consecutive nominations for the American Comedy Awards Stand Up of the Year. He is the first comic invited to perform at Harvard’s Kennedy School of Government and the first American to be nominated for the prestigious Perrier Award at the Edinburgh Fringe Festival for the show “Myth America.” He has racked up more than 400 television appearances in 14 different countries while slinging jokes around the globe in his one man crusade to make people laugh out loud on purpose against their will.

Getting old can be depressing, but Durst’s “BoomeRaging: From LSD to OMG” is a morale-booster for his audience. “I am not as old as my parents were when they were my age,” he quips. “This is the oldest I’ve ever been – and I’m beginning to sense a pattern.”

Will Durst promises to “reveal the meaning of life by the end of the show.” Boomeraging is indeed a wonderfully uplifting show so grab your hearing aids and canes and see for yourself.

Will Durst’s performances are made possible by the First Amendment.

Written and Performed by William Durst