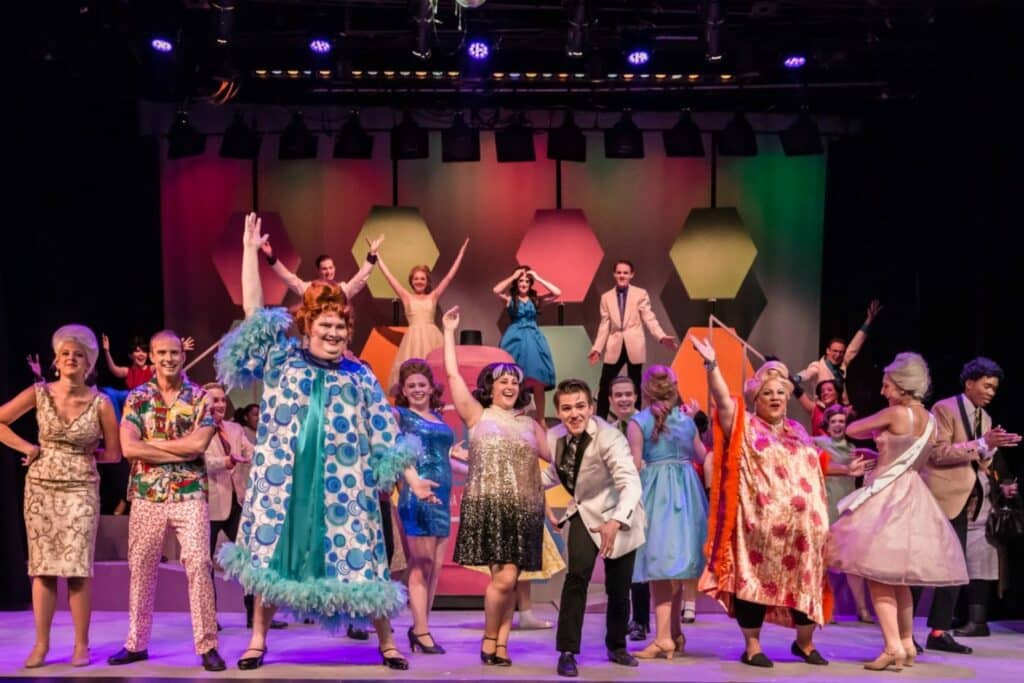 Welcome! We hope you will audition for a Sunset show!

We hold auditions for all performances at Sunset Playhouse, and EVERYONE is welcome to try-out for every show!

Our box office and lobby are closed for in-person service until September 1, 2020.

For further information or if you have any questions, contact the box office by calling (262) 782-4430 or emailing boxoffice@sunsetplayhouse.com.

Musical MainStage is a series of six concerts requiring four professional singers and one Rising Star per show.  Styles needed for its 2020-21 season include rock, pop, standards, folk, jazz, and country.

Rehearsals are minimal and performances take place on Mondays and Tuesdays.  Students who will be enrolled in any area high school from September, 2020 – June, 2021 are eligible to be named as a Rising Star.  All singers who are interested should submit a 2-minute recording of themselves singing a favorite song.  Accompaniment can be a karaoke  track, or live piano.  On the video, please introduce yourself and the title of your chosen song.

Email the recording along with your full name, address, phone and show availability to:  amather@sunsetplayhouse.com.

For further information or questions please contact Ann Mather at 262-782-4431 x221 or email her at amather@sunsetplayhouse.com

The safety of our performers, volunteers, patrons, and staff are our top priority.  Please click the link in our general information above to view our safety guidelines for auditions, rehearsals, and performances.

A MIDSUMMER NIGHT’S DREAM will be directed by Karl Miller. Auditions will consist of readings from the script.

Auditioners will be asked to fill out an Audition Information Sheet prior to auditions; one may fill this out the night of the auditions or ahead of time by downloading the Audition Sheet – A MIDSUMMER NIGHT’S DREAM. Please bring your own pen.

You must be available for EVERY technical rehearsal (Friday before Opening through Preview Night) and EVERY performance to be cast in this show.

Please click here to sign up for your time slot; we will be seeing 8 people at time every half hour to encourage social distancing.

Read further for a synopsis and character descriptions.

Synopsis
A Midsummer Night’s Dream portrays the events surrounding the marriage of Theseus (the Duke of Athens) and Hippolyta (the former queen of the Amazons). The story follows the evening adventure of four young Athenian lovers, a group of six mechanics/amateur actors preparing a play for the royal wedding, and a kingdom of fairies who inhabit the forest in which most of the story is set. The play is one of Shakespeare’s most popular works for the stage, filled with love, laughter, and magic.

Lysander – A young nobleman of Athens, in love with Hermia, whose father refuses to let her marry the young man. Believing that love conquers all, Lysander persuades Hermia to run away from her home and family.

Demetrius – A young nobleman of Athens. In the past, Demetrius acted as if he loved Helena, but after Helena fell in love with him, he changed his mind and pursued Hermia. Emboldened by Egeus’s approval of him, Demetrius is undeterred by the fact that Hermia does not want him.

Peter Quince – A carpenter and the nominal leader of the craftsmen’s attempt to put on a play for Theseus’s marriage celebration. Quince is often shoved aside by the abundantly confident Bottom. During the craftsmen’s play, Quince plays the Prologue.

Nick Bottom – The overconfident weaver chosen to play Pyramus in the wedding celebration play. Bottom is full of advice and self-confidence but frequently makes silly mistakes and misuses language. His simultaneous nonchalance about the beautiful Titania’s sudden love for him and unawareness of the fact that Puck has transformed his head into that of an ass mark is the pinnacle of his foolish arrogance.

Francis Flute – A bellows-mender chosen to play Thisbe in the craftsmen’s play. Forced to portray a young girl in love, the bearded craftsman determines to speak his lines in a high, squeaky voice.

Tom Snout – A tinker chosen to play Pyramus’s father, Snout ends up playing the part of the Wall, dividing the two lovers.

Snug – The joiner, chosen to play the lion, worries that his roaring will frighten the ladies in the audience.

Robin Starveling – The tailor cast in the role of Thisbe’s mother ends up playing the part of Moonshine.

Oberon – The king of the fairies. Oberon begins the play at odds with his wife, Titania, because she refuses to relinquish control of a young Indian prince whom she has kidnapped, but whom Oberon wants for a knight. His desire for revenge leads him to send Robin to obtain the love potion flower that creates so much of the play’s confusion and farce.

Robin “Puck” Goodfellow – A mischievous fairy who delights in playing pranks on mortals; he is sometimes referred to simply as Puck. Oberon’s jester, Robin’s antics are responsible for many of the complications that propel the play. At Oberon’s bidding, Robin sprinkles “love juice” in the eyes of various characters to change whom they love. But, when he makes mistakes that lead to unintended consequences, he enjoys the conflict and mayhem that ensue.

Philostrate – Theseus’s Master of the Revels, responsible for organizing the entertainment for the duke’s marriage celebration.

Peaseblossom, Cobweb, Moth, and Mustardseed – Fairies whom Titania orders to wait on Bottom after she falls in love with him.

Hippolyta –The legendary queen of the Amazons, engaged to marry Theseus. Although she reluctantly agrees because of her defeat in combat, she does not act like an unwilling bride. Theseus is very courtly in his manner toward his betrothed, and she is unfailingly deferential toward him.

Helena – A young woman of Athens in love with Demetrius. Helena has been rejected and abandoned by Demetrius who had claimed to love her before he met her best friend, Hermia. Consequently, Helena tends to speak in a self-pitying tone. She also puts herself in dangerous and humiliating situations, running through the forest at night after Demetrius despite his protestations.

Titania – The beautiful queen of the fairies. Titania resists the attempts of husband Oberon to make a knight of the young Indian prince whom she has taken. Until Oberon gives up on his demand, Titania has sworn to avoid his company and his bed.

Robin “Puck” Goodfellow – Mischievous sprite with magical powers
Peaseblossom, Cobweb, Moth, and Mustardseed – Fairies whom Titania orders to wait on Bottom after she falls in love with him.

Peaseblossom, Cobweb, Moth, and Mustardseed – Fairies whom Titania orders to wait on Bottom after she falls in love with him.