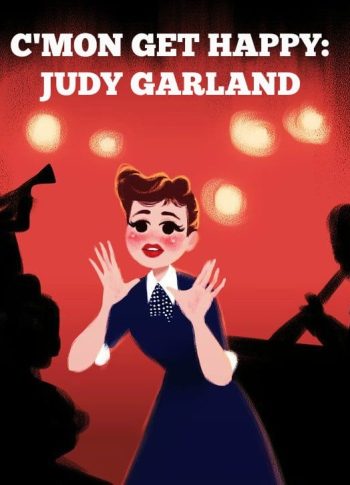 This is a Special Event – Pick and Choose Flex Vouchers, Sunset Vouchers, Sunset Gift Certificates, Entertainment Coupons, or any Sunset Playhouse special offers, are not valid for this show.

Musical MainStage audiences have come to love Kerry Hart Bieneman as both singer and pianist. Last season, there was standing room only for her salute to Gershwin. This time around, Kerry takes on legendary entertainer Judy Garland. By her side will be the incomparable Johnny Rodgers. Among the many accomplishments of this internationally-acclaimed singer-songwriter, pianist, Broadway veteran, and recording artist is an 18-year stint as Music Director for Judy’s daughter, Liza Minnelli!

You won’t want to miss this remarkable entertainment opportunity. And, since it’s Mother’s Day weekend, what a wonderful way to treat any or all of the many moms in your life!

Note:  This is a Special Event – Pick and Choose Flex Vouchers, Sunset Vouchers, Sunset Gift Certificates, Entertainment Coupons, or any Sunset Playhouse special offers are not valid for this show.

KERRY HART BIENEMAN – With a master’s degree in voice performance from Northwestern, Kerry is the resident Music Director of Sunset’s Musical MainStage Concert Series and has served as a voice professor at Carthage College and UWM. Favorite stage roles include Florence (CHESS), Cathy (THE LAST FIVE YEARS), Old Woman (CANDIDE), and Percy (SPITFIRE GRILL). Kerry has also worked as a vocal coach and accompanist for the Florentine Opera, Skylight Music Theatre, Milwaukee Opera Theatre, and Opera for the Young.

JOHNNY RODGERS – An internationally-celebrated singer-songwriter, pianist, Broadway veteran, recording artist, and an Ambassador of American Music for the U.S. Department of State, Johnny has earned New York’s Nightlife, Bistro, and MAC awards for performances at Carnegie Hall, Jazz at Lincoln Center, Oak Room at the Algonquin Hotel, Feinstein’s at Loews Regency, and other premiere clubs. His songwriting has been recognized with Billboard and ASCAP Foundation awards. The New York Times has described him as an entertainer “who has show business in his bones [with] elements of Billy Joel, Peter Allen and Johnny Mercer.” Rodgers served as Music Director, piano man, featured singer/dancer for Liza Minnelli performances/tours, and starred in and wrote the song “I Would Never Leave You” for Liza’s Tony Award®-winning Liza’s At The Palace, which was filmed and released by PBS television. More at JohnnyRodgers.com