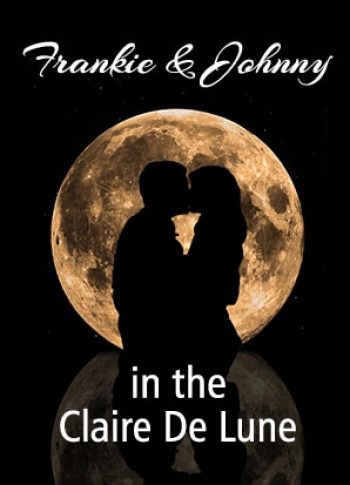 FRANKIE AND JOHNNY IN THE CLAIR DE LUNE

As the curtain rises, Frankie (a waitress) and Johnny (a short-order cook who works in the same restaurant) are discovered in bed. It is their first encounter, after having met several weeks ago on the job, and Frankie is hopeful that Johnny will now put on his clothes and depart, so she can return to her usual routine of watching TV and eating ice cream. But Johnny, a compulsive talker (and romantic), has other ideas.

A staged reading performed in the Marla Eichmann Studio Theater

Winner of the Dramatists Guild Hull Warriner Award. A critical and popular success, this bittersweet comedy combines poignancy and laughter as it traces the unlikely romance that begins to develop between two middle-aged “losers.”

“Terrence McNally has…a hit…in FRANKIE AND JOHNNY IN THE CLAIR DE LUNE. A romantic two-hander with character depth and an abundance of laughs…” Variety.

“A richly warm, humorous, clear-eyed portrait of the beginning of a relationship, it cuts deeper to the heart than any previously seen McNally works…” Drama-Logue.

“Terrence McNally is one of our most original and audacious dramatists, and one of our funniest…” —The New Yorker.

For mature audiences only