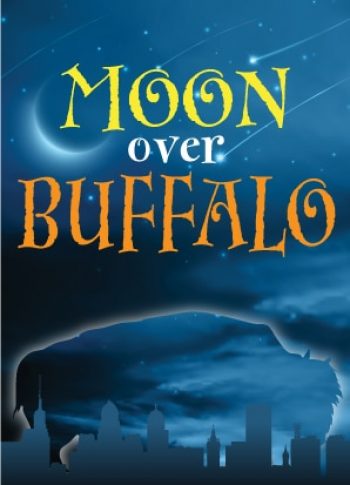 Click HERE to preview our MOON OVER BUFFALO program

A hilarious comedy, MOON OVER BUFFALO centers on a couple of over-the-hill actors trying to keep their marriage and their ragtag touring company afloat. In Buffalo, New York, there’s suddenly one last shot at stardom — film director Frank Capra is rumored to be arriving for their matinee and might sign them to a Hollywood contract. But this is fun-filled farce at its finest so everything that can go wrong does go wrong. It’s the perfect recipe for an evening of madcap, door-slamming, belly-laugh adventures.

“MOON OVER BUFFALO is hilarious! An evening of farcical delight. Go and enjoy!” – New York Post