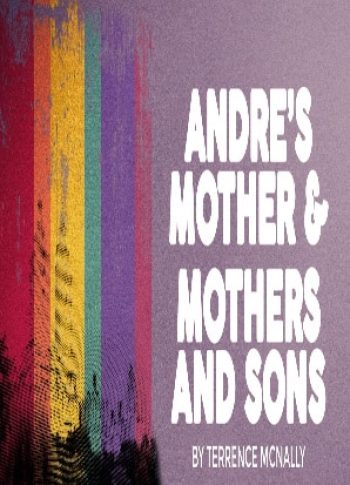 Suggested for Mature Audiences only due to adult content and language.

At André’s memorial, his lover tries one last time to get through to André’s mother, an imposing figure in André’s life. Not realizing her hidden emotions, he tells her everything he can before leaving her alone to deal with her own sense of grief and loneliness

Andre’s mother pays an unexpected visit to the New York apartment of her late son’s partner, who is now married to another man and has a young son. Challenged to face how society has changed around her, generations collide as she revisits the past and begins to see the life her son might have led.

“Terrence McNally is a probing and enduring dramatist. A resonant elegy for a ravaged generation, MOTHERS AND SONS wears its significance defiantly.” —NY Times.
“Eloquent, exceptionally timely and intensely resonant. A moving reflection on a changed America.” —Chicago Tribune.
“Fantastic! McNally captures a moment of hope and promise…MOTHERS AND SONS feels like the sun on your face!” —NBC New York.
“A masterpiece. Terrence McNally is one of the greatest contemporary playwrights the theatre world has yet produced. MOTHERS AND SONS is profound. Heartbreaking. Triumphant.” —NY Observer.

Suggested for Mature Audiences only due to adult content and language.