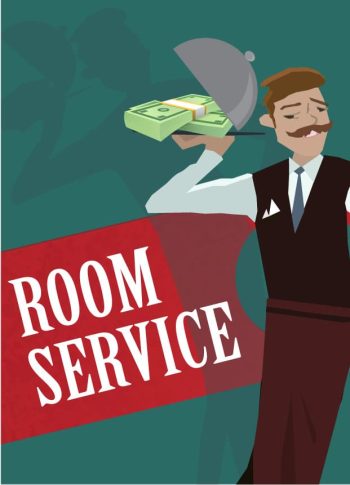 A nimble-witted producer, living on credit with several actors in a Broadway hotel, is desperately in need of a good script. He finds one, and, by great good luck, he also finds an angel with $15,000. Over the course of a hectic few days, the producer plays hide-and-seek with the angel who wants to withdraw his financial support, manages to outwit creditors, and at the very last moments, despite ludicrous and unexpected obstacles, manages to mount his play.

“This play, produced by George Abbott, is one of the great comedy successes of all times.”