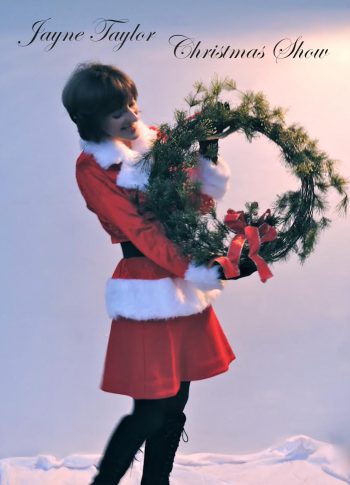 Come and join award winning vocalist Jayne Taylor and her guest musicians, as they bring in the holiday season with all the classic favorites from: “Silent Night” to “Rockin’ Around The Christmas Tree”.

Jayne, who has been captivating audiences with her beautiful voice since her early teens, has performed though out some of Wisconsin’s major theaters including: “The Grand Opera House” in Oshkosh, WI. One of her perfomrances from that theater, was featured on her tv/cable show: “The Jayne Taylor Show” which she hosts and produces each month.

So come and join Jayne and her musicians for a fun-filled and memorable evening of Christmas Cheer!