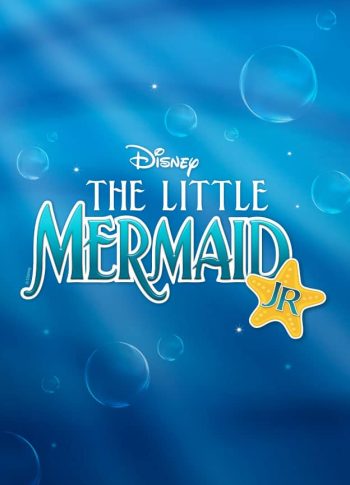 Tickets for THIS production will be on sale starting January 3, 2023.  Performed in the Furlan Auditorium

Based on one of Hans Christian Andersen’s most beloved stories and the classic animated film, DISNEY’S LITTLE MERMAID is a hauntingly beautiful love story for the ages.

In a magical underwater kingdom, the beautiful young mermaid, Ariel, longs to leave her ocean home — and her fins — behind and live in the world above. But first, she’ll have to defy her father, King Triton, make a deal with the evil sea witch, Ursula, and convince the handsome Prince Eric that she’s the girl whose enchanting voice he’s been seeking.

This fishy fable will capture your heart with its irresistible songs, including Under the Sea, Kiss the Girl, and Part of Your World.

Based on the Hans Christian Andersen story and the Disney film that was producted by Howard Ashman & John Musker and written & directed by John Musker & Ron Clements.