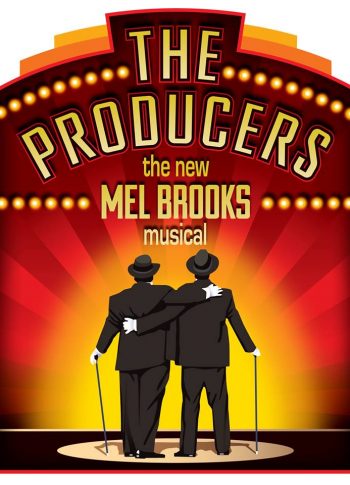 A down-on-his-luck Broadway producer and his mild-mannered accountant come up with a scheme to produce the most notorious flop in history, thereby bilking their backers (all “little old ladies”) out of millions of dollars. Only one thing goes awry: the show is a smash hit!

Enjoy the antics of Max Bialystock and Leo Bloom as they maneuver their irresponsible way through finding a show (the gloriously offensive “Springtime for Hitler”), hiring a director, raising the money and finally going to prison for their misdeeds. At the core of the insanely funny adventure is a poignant emotional journey of two very different men who become friends.

THE PRODUCERS skewers Broadway traditions and takes no prisoners, as it proudly proclaims itself an “equal opportunity offender!”

Book by Mel Brooks & Thomas Meehan
Music and Lyrics by Mel Brooks, Based on the 1968 Film by Mel Brooks
Presented by special arrangement with Music Theatre International, New York