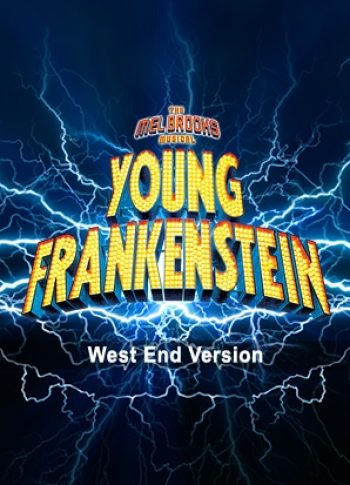 Grandson of the infamous Victor Frankenstein, Frederick Frankenstein (pronounced “Fronk-en-steen”) inherits his family’s estate in Transylvania. With the help of hunchbacked sidekick Igor (pronounced “Eye-gore”) and leggy lab assistant Inga (pronounced normally), Frederick finds himself in the mad scientist shoes of his ancestors. “It’s alive!” he exclaims as he brings to life a creature to rival his grandfather’s. Eventually, of course, the monster escapes and hilarity ensues.

Suggested for mature audiences only due to language, adult situations, and Mel Brooks’ humor.

You’ll be “Puttin’ on the Ritz” and having a monstrously good time with the new West End version of YOUNG FRANKENSTEIN!