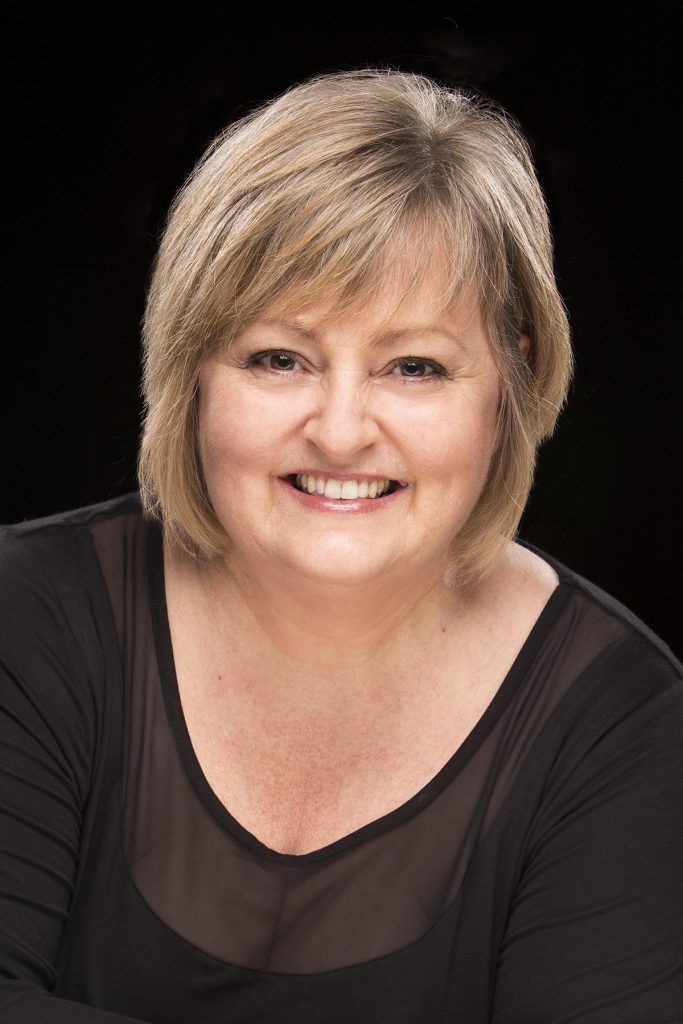 Becky Spice now in the Sunset Spotlight.  Becky is currently directing CHRISTMAS BELLES, our hilarious holiday show as well as writing, directing and performing in our New Year’s Eve Fundraiser: PUTTING ON THE RITZ.

1. When did you first become involved at Sunset Playhouse and what areas have you been involved with here at the Playhouse?
I started out as an audience member in the late 1980s! In the past ten years I’ve gotten involved with the SideNotes cabaret series–I just wrote and performed in TOO DARN HOT, and I wrote and directed THE QUEENS OF COUNTRY and DON’T TOUCH THAT DIAL, as well as many others. I’ve also been in one Furlan production (RED HOT AND COLE in 2013) and several Musical Mainstage concerts. I’m also starting to get involved with the After Sunset series, and I’ll be directing SIDE SHOW in the spring.
2.  If you are working on a Sunset show right now, what is your role?
I’m Directing CHRISTMAS BELLES in the Furlan Auditorium for the holidays!
3.  If an actor, what has been your favorite role to date and what is your dream role? If a Production Team member, which show have you most enjoyed working on?  What show would you like to do in the future?
As a director, I’m excited to work on pretty much any project. I like to look at a piece with fresh eyes, and collaborate with the cast and crew to create something completely new. As a singer, I love cabaret performance, because you get to be yourself and talk with the audience–no fourth wall to get in the way. As an actor, a lot of my dream roles are behind me, but if anyone is doing SWEENEY TODD, I still want to play Mrs. Lovett.
4.  What do you enjoy most about the Sunset?
I enjoy the sense of camaraderie and generosity here. I also love the loyalty people have to this place. There are folks who have been donating their time and talents for decades, but new-comers are always warmly welcomed.
5.  When not at Sunset, how do you spend your time?
I’m a single home-owner who always has some kind of DIY project going. I just installed a new kitchen floor and re-glazed my bath tub!
6.  What is your favorite color/food/movie/TV show/book/musical or play?
Yellow. Peanut butter and banana toast. The Princess Bride. The Voice. The Wisdom of No Escape. My Fair Lady.
7.  What is your favorite quote?
“Let go or be dragged.”
8.  Any other comments?
Please, come see CHRISTMAS BELLES!  November 29 – December 23, 2018.
Head shot thanks to Wimmer Photography
®2021. All rights reserved. Community Theater Website. Powered by Eviva Media
Powered by Convert Pro
Powered by Convert Pro