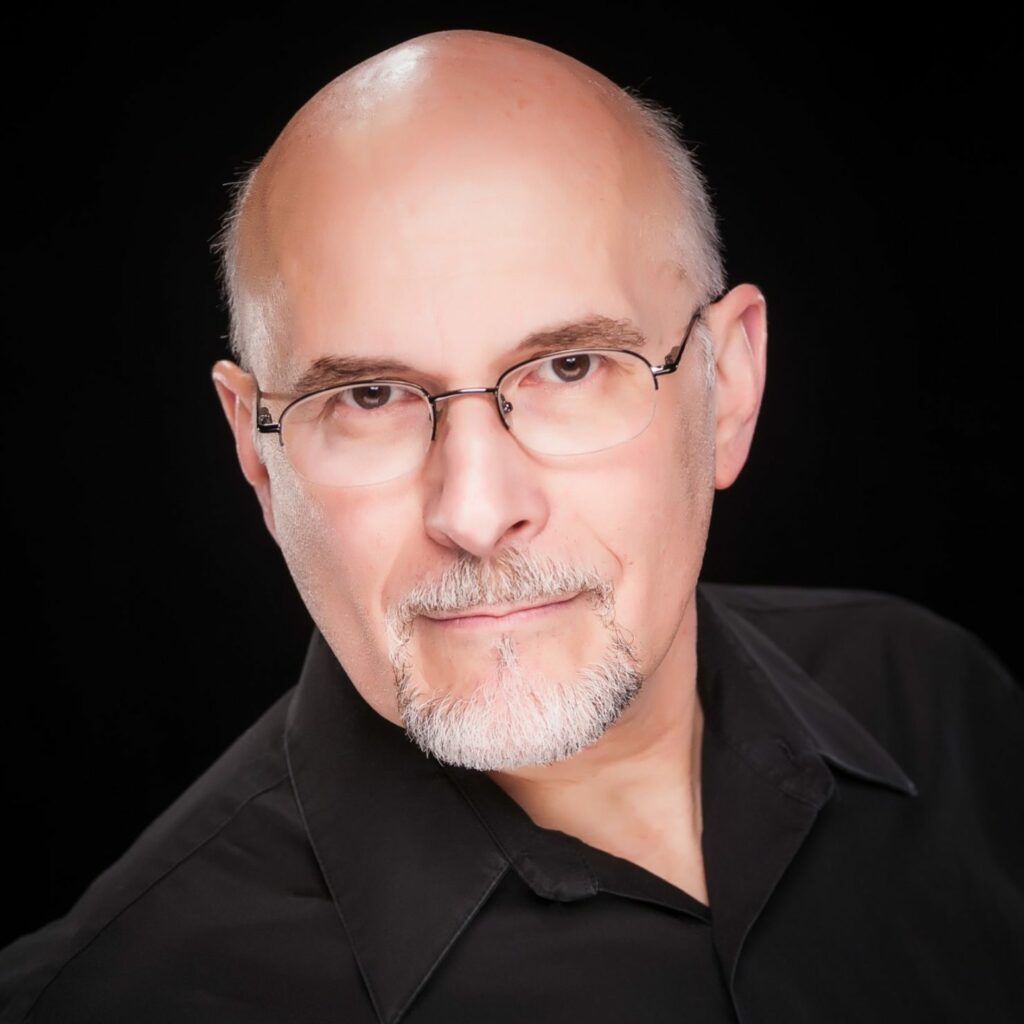 My first experience was almost 10 years ago! WOW! I played Wilson , the orderly in HARVEY. LOVED the play! We had a wonderful cast included the incredible Gladys Chmiel and other Sunset veterans , such as Scott Kopiscke, as Elwood. Since then, I’ve appeared here in JAKE’S WOMEN, 12 ANGRY MEN, MURDER on the NILE and ONE FLEW OVER THE CUCKOO’S NEST.

I’m playing Charles Dickens in A CHRISTMAS CAROL, who narrates the play in this version.

CS (Jack ) Lewis in SHADOWLANDS was and IS still my favorite role ever and possibly won’t be surpassed by any other role. (Although, I’d LOVE to try Salieri in AMADEUS, sometime). I gravitate toward the darker, more dramatic stuff, even if I’m a goofball at heart!

Sunset is not only a safe place to develop and hone your skills, the productions I’ve been privileged to be part of have been as well-cast and as well directed and produced as ANYTHING I’ve ever done on stage. It’s obvious that there is truly a commitment to not only excellence ; but to believing a community theatre company is not limited to doing a lesser faire. I feel at home here.

I’ve been working for Wheaton Franciscan Healthcare since 2003, currently as an Administrative Assistant at St. Francis Hospital. My wife, Maureen and I are currently addicted to at least 7 or 8 shows, on Netflix or otherwise. And of course: to The Pack. Once the baseball season starts, my intense seasonal romance with that sport begins again.

Color: Blue Food: it would be a hot-turkey sandwich with FRIES instead of mashed potatoes and GRAVY over it all!!! Movie: Raiders of the Lost Ark. (I can watch it over and over and over: a close second is Monty Python’s Holy Grail ). TV show: Breaking Bad. Firefly is a VERY close second . Book: hard to say: The Stand, by Stephen King?… Play: Rosencrantz & Guildenstern are Dead..

It’s not the years, honey: it’s the mileage .: Indiana Jones

I love what Harrison Ford said once on Actors Studio (paraphrasing, most likely): As actors; we’re in the service industry. Our service is to team with others to tell a story . If we’re engaged in this for anything other than love of story-telling, we’re simply self-aggrandizing, self-promotion. It’s a privilege for me to do this. Acting, like most art is heart-work , and for me it’s more than just fun: it’s a soul-massage.