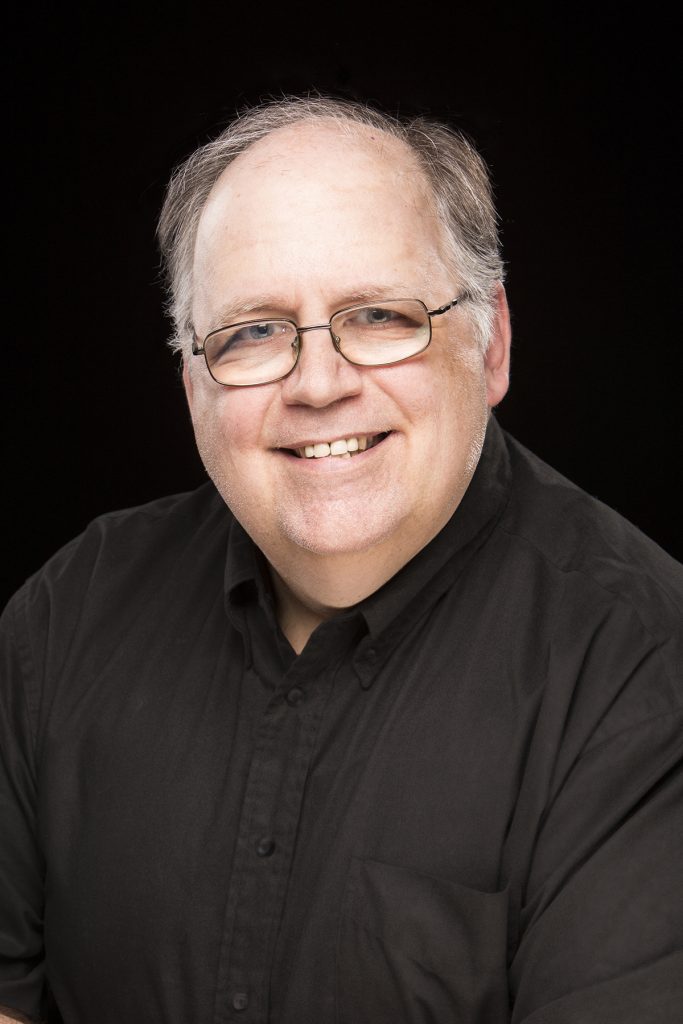 Robert Zimmerman, who is playing the role of  Max Bialystock in our summer blockbuster musical:THE PRODUCERS by Mel Brooks, returns to the Sunset stage and is now in the Sunset Spotlight.

I’ve been acting for over 40 years, but I didn’t actually get to do my first Sunset show until “Damn Yankess” in 2008 (Thanks for casting me, Bryce Lord!).  I did audition for Alan Furlan once or twice, but was never fortunate enough to work with him. I earn my livelihood as a Graphic Designer, and I’ve been able to contribute those skills to a number of Sunset shows over the years in the form of posters, web banners, printed props and the like.

I am thrilled beyond words to be playing Max Bialystock in the current production of Mel Brooks’ “The Producers”. I’ve been quoting amusing lines from this show since the original movie came out in 1968. It feels odd to actually have a REASON to say them!

It’s difficult to say which Sunset role would be my favorite (apart from Max B., of course). I loved playing Albert Soady in “Escanaba in da Moonlight”. Selsdon in “Noises Off” hit frighteningly close to home! Outside Sunset, I’d have to say my favorite was Tevye in “Fiddler on the Roof”. The cast was about 75% Jewish, and I felt an incredible obligation to deliver the role with as much truth as I could muster. I wanted to do justice, not only to the character, but to the magnificent story he had to tell. It was a very spiritual experience.

What’s not to like? As an actor, one couldn’t ask for a better facility or rehearsal space.  It’s a warm, inviting environment for the audience, and even more so for the casts and crews. I’d like to add that I am thrilled with how alive Sunset has become in recent years! Such a vast variety offerings. There is always something abuzz in the building. I find it extremely exciting to be a part of that creative climate!

I currently sing in the Barbershop Quartet, “Grand Delusions”, who appeared in concurrence with Sunset’s production of “The Best Christmas Pageant Ever”. Director Michael Pocaro’s vision included some very clever musical interludes which we were more than happy to fill. Last year, Grand Delusions won the Senior Championship in our district Barbershop Harmony Society competition. I’m also a crazed movie fanatic with an embarrassingly high quantity of discs in my highly eclectic collection.

One glance at my ample comportment will betray my irresistible love of pasta. It’s really impossible to choose entertainment favorites. I appreciate all forms of artistic endeavor, and can never get enough!

“When you eliminate the impossible, whatever remains, however improbable, must be the truth”. If you don’t know who said that, I charge you to investigate!

I would like to thank the entire staff at Sunset Playhouse for providing, operating, maintaining and continually growing such a valuable asset in Milwaukee’s cultural community.

Head shot thanks to Wimmer Photography