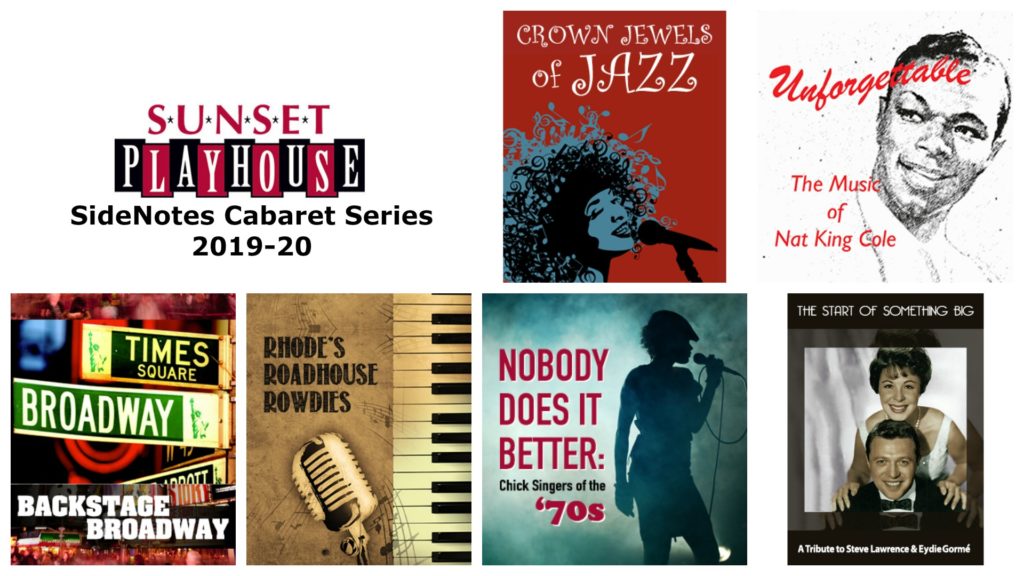 Sunset Playhouse has announced six original productions to be offered as part of its 2019-2020 SideNotes Cabaret Series. SideNotes offers a unique assortment of musical entertainment presented by talented professionals in the comfortable atmosphere of the Marla Eichmann Studio Theater, a relaxed and intimate setting complete with a full-service bar.
[shows season=”2017″]

Every person has the hobby. Someone loves swimming, someone loves equestrian sport, someone loves gambling. In our 21st century you can find everything for every taste. In whatever corner of the world you would not be, you can do what you please. For example, if you are in Canada, then you have a unique opportunity to try your hand at the casino site https://realcasinoscanada.com/ . You can even play on the welcome money without deposits.

The SideNotes season begins in September with CROWN JEWELS OF JAZZ, an homage to the women who reigned supreme in America’s original art form. In December, UNFORGETTABLE celebrates the 100th birthday of Nat King Cole, an extraordinary pianist and singer.

BACKSTAGE BROADWAY, a cabaret offered in February, will feature veteran performers sharing music, memories, and anecdotes from their experiences on the Great White Way. In March, RHODE’S ROADHOUSE ROWDIES will offer an eclectic mix of music from folk to funk.

In May, music by chick singers of the ’70s will be featured in a cabaret titled NOBODY DOES IT BETTER. The SideNotes Series concludes in June with THE START OF SOMETHING BIG, an encore performance paying tribute to iconic duo Steve Lawrence and Eydie Gormé.

Season tickets for the 2019-2020 season at Sunset Playhouse are now on sale, both Full Package and Pick & Choose Flexible Package. Individual tickets will go on sale July 9, 2019.

Sunset Playhouse is proud to be celebrating its diamond anniversary 60 th season as one of the city’s premier community theaters, offering eight productions in its Furlan Auditorium. The Playhouse also is home to four professional series: the Musical MainStage Concert Series, the SideNotes Cabarets, the After Sunset Studio Series, and the bug in a rug Children’s Theater series. 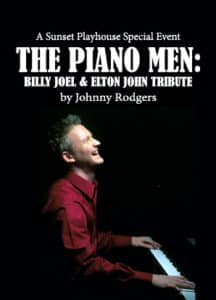