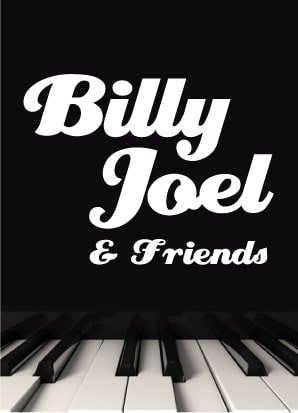 BILLY JOEL & FRIENDS will be performed January 30 & 31st in our Furlan Auditorium. This Musical MainStage concert will be a celebration of singer-songwriters and will pay tribute to folks like Simon & Garfunkel, Carol King and the Piano Man himself.

MICHAEL HENNES has been an actor and musician for almost 40 years. His credits include THE WIZARD OF OZ, A CHRISTMAS CAROL, A WONDERFUL LIFE, SISTER ACT, WEST SIDE STORY and DRIVING MISS DAISY. Michael is eager to share the stage with his oldest daughter!

SARA HUBERTZ studied vocal performance with Signe Quale, WI Conservatory; Marguerite Hedges, St. Paul, MN; and Boris Goldovski, Opera Workshop, the Met, NYC. She’s been seen in half a dozen of our concerts and performs regularly in a folk/rock cover band ‘The Acousticats’.

RANA ROMAN recently completed a run as Mrs. Cratchit in the Milwaukee Rep’s production of A CHRISTMAS CAROL. Other favorite credits include appearances with the Milwaukee Chamber Theatre, the Milwaukee Opera Theatre, Renaissance Theatreworks and Madison’s Forward Theatre.

Our Rising Star, MEGUIRE HENNES, is enrolled in Seton Home Study and K-12 Online School. This singer, dancer, actor and musician’s credits include performances with the Lyric Opera Chicago, Northwestern University, the Milwaukee Repertory Theatre, and half a dozen productions with the Fireside Theatre.

Tickets are selling fast so order yours today!