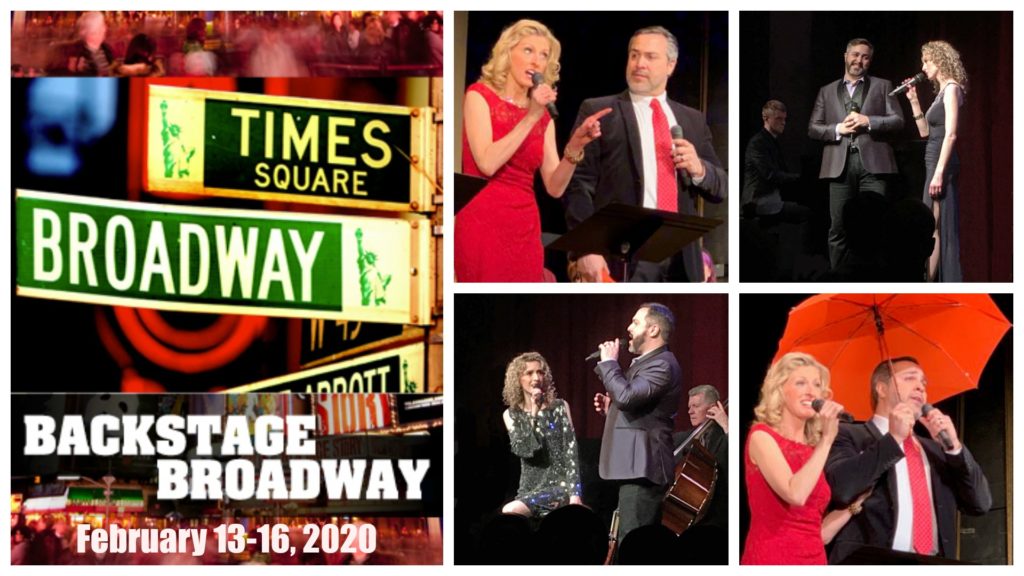 Broadway veterans ANDREW and SUSAN VARELA return to the SideNotes Cabaret in BACKSTAGE BROADWAY, February 13-16, 2020. The Varelas will share music, memories, and anecdotes of their many years on the Great White Way, presenting tunes from LES MISÉRABLES, PHANTOM OF THE OPERA, CATS, and other musical theater blockbusters. In addition to hearing tales about their touring adventures and onstage performances, Andrew and Susan will give a peek behind the scenes and reveal some of the secrets and hilarious hijinks that sometimes happen offstage. The cabaret is located in the Marla Eichmann Studio Theater of Sunset Playhouse in Elm Grove, Wisconsin.

ANDREW VARELA made his Broadway debut in the Alan Menken/Tim Rice musical KING DAVID, and shortly afterwards was cast in the Broadway company of LES MISÉRABLES, a show that would dominate his life for the next four years. Following the Broadway run, Andrew toured nationally with the show where he met and married SUSAN (SPENCER) VARELA. Originally from Greendale, Susan debuted on Broadway as Fantine in LES MISÉRABLES, and appeared in national tours of EVITA, LITTLE WOMEN, and CATS.

The talented duo will be backed by an exceptional three-piece combo led by Music Director RYAN CAPPLEMAN. Cappleman has performed in Chicago and Off-Broadway and is a frequent collaborator with many local theater companies. Bassist STEVE RINDT works with Milwaukee Youth Symphony Orchestra as a conductor and coach and performs regularly with the Wisconsin Philharmonic and Festival City Symphony. Drummer JIM RYAN has been playing regionally for decades, appears with several local groups, and maintains a private drum instruction studio. PEGGY PETERSON RYAN will serve as Producer for the show.

Performances of BACKSTAGE BROADWAY: Tales, Tunes, and Tidbits From Behind the Curtain are Thursday, February 13th through Saturday February 15th at 7:30 p.m. and Sunday, February 16th at 2:00 p.m. Technician sponsors for the cabaret are Kathy and Tom Schmit.