DOUBT: A PARABLE to Open “After Sunset Series” at Sunset Playhouse 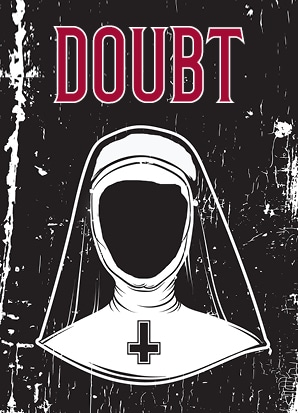 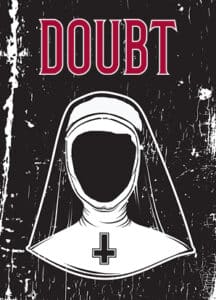 The critically acclaimed drama, DOUBT: A PARABLE, by John Patrick Shanley will open the After Sunset Series, in the Marla Eichmann Studio Theater, at Sunset Playhouse, 700 Wall St, Elm Grove, WI. Performances of DOUBT will take place Thursday through Saturday, September 12-14, at 7:30 pm, and Sunday, September 15, at 2:00 pm. General admission tickets are $16. To reserve tickets, call 262-782-4430 or visit sunsetplayhouse.com. For group sales, contact Stephanie at 262-782-4431, ex. 291.

(After Sunset is recommended for mature audiences only.)

DOUBT won both the 2005 Pulitzer Prize for Drama and the Tony Award for Best Play. It was also turned into an Academy Award-nominated film. The brilliant and powerful drama is set against the backdrop of a Catholic elementary school in the Bronx, as both the Catholic Church and the nation face the major social changes of the 1960s. A progressive young priest’s conduct comes under question when Sister Aloysius, the strict and conservative school principal, suspects the priest of improper relations with a male student. The actions and motivations of each character are scrutinized, and a battle of wills threatens irrevocable consequences for everyone involved.