Why not Audition for THE 39 STEPS? 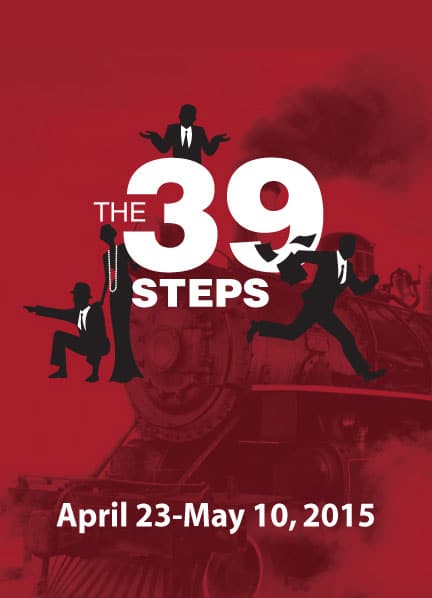 Looking for something fun to do this spring? Why not Audition for THE 39 STEPS? This hilarious show features non-stop action and will be directed by Diana Alioto.  We are looking for a great cast and crew for this exciting show. Auditions will consist of readings from the script. Scripts are available to check out for a cash or check deposit prior to auditions. Auditioners will be asked to fill out an Audition Information Sheet prior to auditions; one may fill this out the night of the auditions or ahead of time by downloading the THE 39 STEPS Audition Form.

Here are the dates of the auditions and information about the show:

SYNOPSIS of THE 39 STEPS:

All the roles in the play are performed by four actors. One plays Richard Hannay; a female plays the three women in the play; and two “clowns” play every other character, including heroes, villains, men, women, children, and even the occasional inanimate object. The following is only a partial list of those many characters.

Richard Hannay: A dapper English gentleman, Richard Hannay is bored until Annabella Schmidt comes into his life and starts him on a heroic and hilarious journey.

The Woman:
The Two Clowns:

THE 39 STEPS is not a show that is done often so if you are looking for an exciting new production to be a part of, please consider coming to the auditions next week!