Only Four Actors. But HOW Many Different Costumes????? 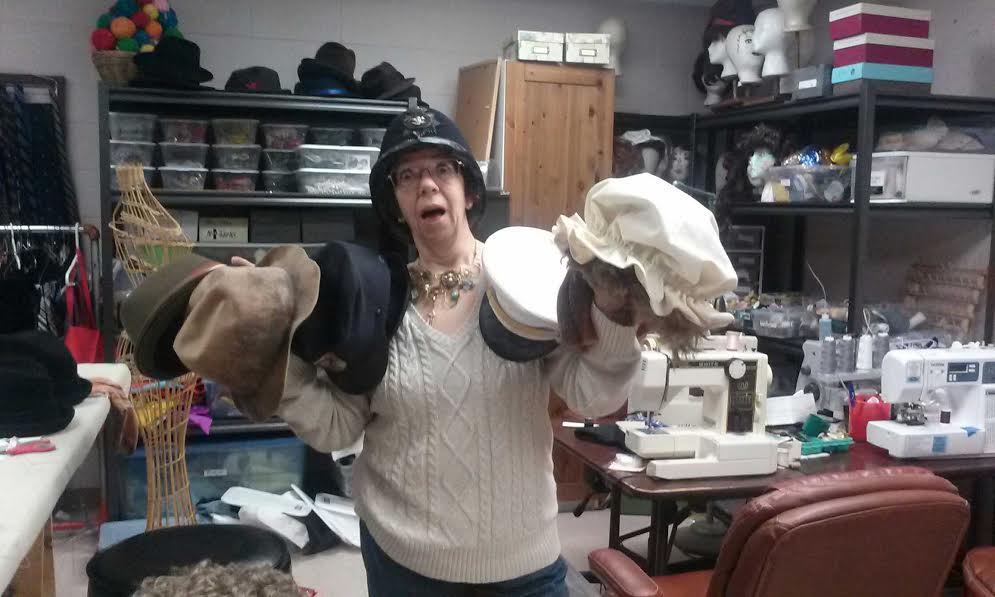 Only Four Actors. But HOW Many Different Costumes?????

It should come as no surprise that to design costumes for a large musical takes a great deal of time. With 30+ people in a cast, and with each person probably requiring multiple costumes, a costume designer’s organizational skills are really put to the test when the upcoming show is a large one.

This is why it is a nice break to occasionally do a small show, one with only a few actors. After all, how hard can it be to costume just a handful of people?

Well….sometimes it’s not all that easy, especially when those few actors are playing a dizzying number of roles. Such is the case in Sunset Playhouse’s upcoming production, 39 STEPS.

When I offered to design this play, I assumed that having only four actors to costume would be a breeze, especially since lately I have been doing exceedingly large and complicated shows. Let’s just say that my assumptions were slightly incorrect. Between these four tremendously talented actors, no fewer than 28 different people are portrayed…and each one needs to be costumed in such a way that the audience will be able to differentiate between them and recognize them each time they appear on stage.

Many of the character and costumes changes are exceedingly quick and happen on stage, so some costumes need to be rigged for easy on/easy off changes. Do you really think that jacket is buttoned? If I’ve done my job well, it will appear so. The reality, of course, is that I am giving my utmost thanks to the inventor of Velcro, a costume designer’s greatest tool. It comes in mighty handy in a show such as this one!

In order to make sure the actors know which costumes to wear at which times, designers usually prepare a costume plot. This is a scene-by-scene listing of who is on stage and what, exactly, they should be wearing. Costume plots often resemble large spreadsheets. An actor can follow his or her costume changes across the page, using this as a roadmap to make sure that all needed pieces are pre-set in places where they can be easily accessed during the play. In ONE memorable scene in 39 STEPS, two of the actors change roles more than a dozen times. Needless to say, that’s one complicated costume plot!

Be sure to make a date to come and see THE 39 STEPS and see if you can keep track of all the costume changes. I’m certainly hoping that the actors will manage to remember what they are wearing when!