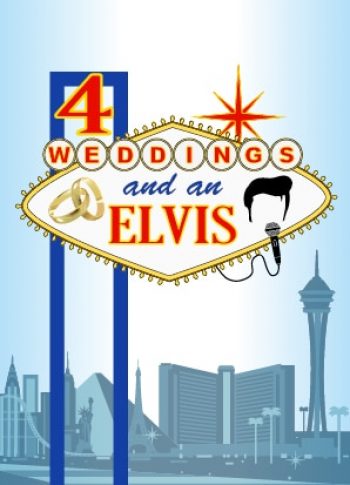 Tickets for THIS production will be on sale starting January 4, 2022.

Sandy, the four-times-married-three-times-divorced owner of a wedding chapel in Las Vegas, has certainly seen her fair share of matrimonies!

In the hilarious Four Weddings and an Elvis, we witness four of her funniest and most memorable:

Suggested for mature audiences due to language

Come enjoy four acts of love…or something like it. What happens in Las Vegas…is hilarious!