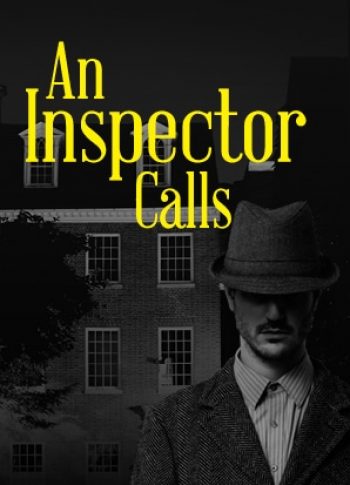 Tickets for THIS production will be on sale starting May 3, 2022.

An Inspector Calls is set in April, 1912 at the home of the well-to-do Birling family. Arthur Birling, a self-made businessman, wife Sybil, daughter Sheila, and son Eric are enjoying a spot of port in the drawing room after dinner. As the family revels in their good fortune and position in society, they are interrupted by an unexpected visitor.

A young, working class woman has committed suicide and suddenly this respectable British family is caught up in an inspector’s routine inquiry. As his investigation unfolds and the close-knit, friendly family begins to reveal their true character and closely-held secrets, all members become implicated in the girl’s undoing.

Audience members will be on the edge of their seats throughout the performance, wondering where the investigation will take them next.