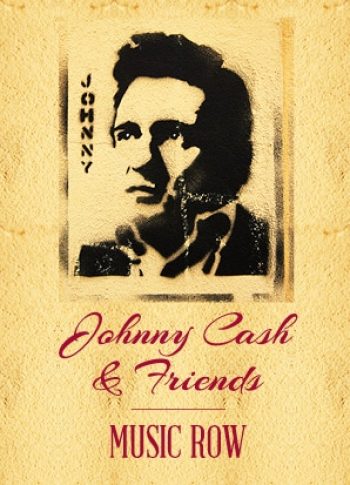 Tickets for THIS production will be on sale starting June 1, 2021.

Important Note: Do NOT purchase seats next to someone who is not in your party.  For a single ticket, or an odd number of tickets, please call the Box Office at 262.782.4430

We head to Music Row in Nashville where we’ll pay homage to the Man in Black and the dozens of singers who spent time on stage (and off) with one of country’s most successful and beloved artists.

JOE EHLINGER, Performer – Joe, who has performed leading roles in more than 40 musicals in Wisconsin, California, and Georgia, is beyond grateful to be performing for Musical MainStage again after participating in the pre-pandemic Hal Prince production.  A member of the Milwaukee Symphony Chorus, he thanks you for your support of Sunset Playhouse and other arts organizations, and wishes everyone the blessing of good health, good friends, and good music.

HANNA ESCH, Performer – With a BFA in Vocal Performance and Music Education from UWM, Hannah is an arts educator and the MSO Concerts for Schools and Education Manager. Sunset roles include Lady of the Lake (SPAMALOT), Veronica Sawyer (HEATHERS: THE MUSICAL), and Cinderella (INTO THE WOODS). Additional credits include Ado Annie (OKLAHOMA!), Clare de Lune (DOC DANGER AND THE DANGER SQUAD), Meg (LITTLE WOMEN), and Anne (IF/THEN).

BOB HIRSCHI, Narrator – With a long history of credits as both actor and singer, Bob is delighted to be back in the Musical MainStage co-pilot chair. He also performs with the nine-piece classic rock cover band, Groove Therapy.

TIM KARTH, Percussion – With a BS in Music Education from Carroll University, this busy musician has been gigging since 1988. By day he works for Hal Leonard Music Publishing. Besides the Playhouse, Tim regularly performs with BtW Productions, Radio Rosies, and Four Guyz in Dinner Jackets. A proud alumnus of the Kids from Wisconsin, he keeps busy as a worship drummer and Technology Coordinator for his church, the U.M.C. of Whitefish Bay.

LILY MILLER, Rising Star – A recent high school grad, Lily will head to North Carolina’s Belmont Abbey College in the fall for a major in Philosophy, minor in Art History. Making her second appearance as a Musical MainStage Rising Star, area credits include NEWSIES at Skylight Music Theater and A WRINKLE IN TIME with First Stage Children’s Theater.

Also: Jim Loveridge, Peggy Peterson Ryan, and the Sunset Playhouse board and staff