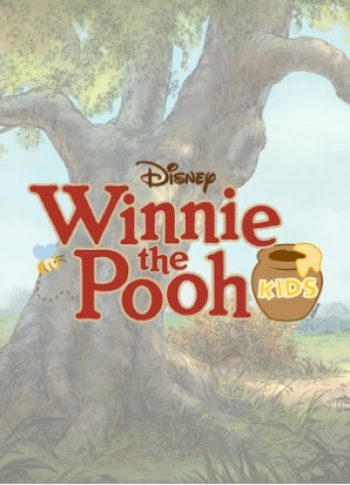 All Sales FINAL – No refunds, No exchanges

Tickets may be purchased at Box Office window until showtime.  All Sales FINAL – No Refunds

Sunset Vouchers, Entertainment Coupons, or any Sunset Playhouse special offers, are not valid for this show. Performed in the Marla Eichmann Studio Theater

Overview
Calendar
Sponsor Information
Cast list
Production Credits
Overview
Disney’s Winnie the Pooh KIDS is a delightful show based on the beloved characters of A.A. Milne and the 2011 Disney animated feature film.
Featuring favorite songs from the film, as well as new hits by the Academy Award-winning Robert and Kristen Lopez (Frozen), this honey-filled delight is as sweet as it is fun.
Pooh Bear and all of his friends from the classic children’s books and animated film band together to rescue their friend, Christopher Robin.
Students in grade 2 – 5 are excited to bring this classic story to life in our  Marla Eichmann Studio Theater.