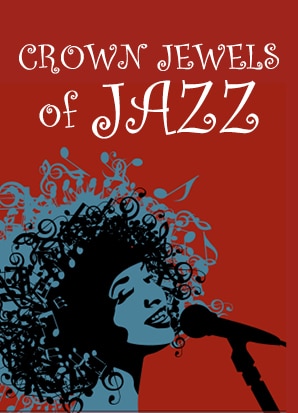 WITH “CROWN JEWELS OF JAZZ” 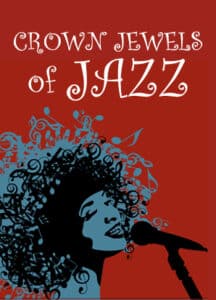 Classically trained vocalist MARCYA DANEILLE was a featured member of Lincoln Opera Chicago and is equally comfortable with jazz, gospel, and soul genres. Born in Germany, Marcya was raised in a musical environment where she began studying piano at age seven. At 15, she started singing professionally and continued to work as a vocalist while completing a BA in Philosophy/Voice Performance at Roosevelt University. After teaching and studying in Italy and England, Marcya relocated to New York where she continued to teach and develop her career.

ELLEN WINTERS is an award-winning singer devoted to honoring the great jazz artists of the past. She has studied with some of the best vocal educators/arrangers in the country and has sung in celebrated vocal jazz groups. She performed at the North Seas Jazz Festival in Europe and the Monterey Jazz Festival Sea Cruise. Ellen is in demand throughout Milwaukee and the U.S. as a clinician, adjudicator, and arranger, and is on the faculty of Columbia College Chicago where she teaches Music Theory, Aural Skills, and Private Voice.

Marcya and Ellen will be backed by an exceptional three-piece band, The SideMen. Music Director SAM STEFFKE is a three-time WAMI award-winning pianist, plays with several local bands, and maintains a teaching practice. Bassist HAL MILLER has performed with many jazz notables and is Associate Music Professor at MATC. Drummer JIM RYAN has been playing regionally for decades and also maintains a private drum instruction studio. Writer/director PEGGY PETERSON RYAN is familiar to Sunset audiences, having appeared in several Musical MainStage concerts, SideNotes Cabarets, and Furlan Auditorium productions. She has served as Producer of the SideNotes Cabaret Series since 2010.

Performances of CROWN JEWELS OF JAZZ are Thursday, September 26th through Saturday September 28th at 7:30 p.m. and Sunday, September 29th at 2:30 p.m. Technician sponsors for the cabaret are Kathy and Tom Schmit.